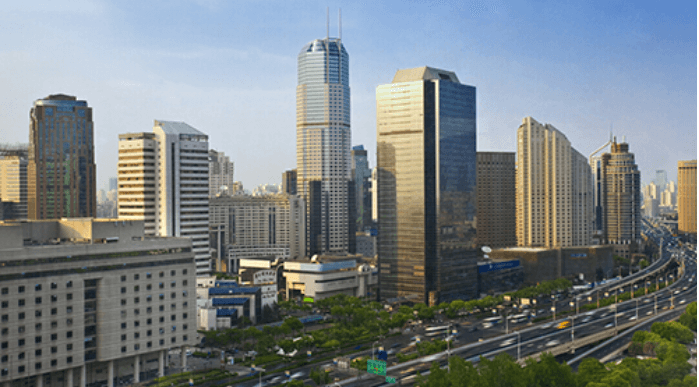 The building sector accounts for about 20% of the total primary energy consumption in China[1]. While the national government has been updating and improving national standards on energy efficiency in buildings, provincial and city governments have become more and more active in releasing local level regulations, standards and incentives since no single policy can fit all regions, considering the divergence of climate zones and the discrepancy of development between the east coast and the west of China. Some codes are more stringent than the national one, for example in Tianjin.

Some provinces have issued strict building codes and set goals for reducing GHG emissions or the use of coal. Hebei province published its Evaluation standard for passive low-energy buildings in 2019 aiming at civil buildings being built or retrofitted. From 2015 to 2020, the province aims to save about 15 million tons of standard coal compared with not implementing policy on buildings, according to the 13th Five-Year Plan for Hebei’s Building Energy Efficiency and Green Building Development. The average heating energy consumption per unit area of residential buildings is expected to decrease by 15% compared with 2015, and the energy consumption of urban public buildings by 5%.

Local governments can also use public buildings as demonstration projects promoting energy efficiency. Shandong province decided in March 2019 that public buildings invested by the government need to gain at least two stars in the green building certification system. The stars are given according to the degree of meeting the control and scoring items. If the total score of green buildings reaches 50 points, 60 points or 80 points, the grade of green buildings will respectively be 1 star, 2 stars or 3 stars. The old evaluation system is composed of six indexes: land saving and outdoor environment, energy-saving and utilization, water-conserving and water resource utilization, material saving and material resource utilization, indoor environmental quality and operation management (residential buildings) or comprehensive performance of the whole life cycle (public buildings). In the new National Standard of Green Buildings Assessment 2019, convenience for habitants and innovation are added as new indicators. Hubei province set a target to build one green urban area, two green building demonstration projects, and three high-star green building projects in 2017. The province further decided to promote large-scale application of distributed solar energy, biomass energy and geothermal energy in buildings, according to the Opinions on Building Energy Efficiency and Green Building Development in Hubei Province 2019.

By the end of 2018, monitoring of 187 public buildings in Changning District had been completed, covering 95% of the total[2]. Its energy data monitoring platform includes data modules such as building automation system, built environment, photovoltaic system, car charging pile, and demand-side response. This energy consumption monitoring data, in addition to supporting the government’s management of smart cities, provides tools for building owners and energy-saving service companies to explore energy-saving and emission reduction potentials and expand business cooperation. Shanghai also introduced detailed plans in each district to retrofit public buildings. According to its plan, Changning District will conduct 300,000 square meters of the energy-saving renovation of existing public buildings, and Pudong New District will have 200,000 square meters.

More than 10 local governments have issued their own financial incentives. Some are focusing on new buildings. For example, Beijing municipality announced Green Development Fund for Beijing Economic-Technological Zone in 2019 saying that for new civil buildings that meet the requirement of 2 stars and 3 stars, a 50 yuan / m2 and a 100 yuan / m2 subsidy will be given to the constructer respectively.

Heating in northern China has huge potential for GHG emission reduction, therefore local governments issued special funds to improve heating efficiency and promoting renewables in the heating system. Jiaozuo municipality in Henan published Special Fund Management for Winter Clean Heating (Interim) in 2018 which stated to provide one-time equipment subsidies for residents of electric heating and gas heating turned from using coal from 2018 to 2020 (gas heating including supporting equipment such as fins), with a maximum 4,500 yuan per household. Biomass combined heat and power, ground source heat pump and sewage source heat pump were subsidized according to the achieved heating area of 40 yuan / square meter.

China’s existing building area exceeds 50 billion square meters, with new areas of 1.6-2 billion square meters being built each year. About 70% of the existing ones are high energy-consuming if evaluated by the new national standard. Therefore retrofitting old buildings remain an important target for most municipalities.

The central government has set a goal for clean heating. Clean Winter Heating Plan for Northern Area 2017-2021 plans that by 2021, 70% of buildings in the northern area will use clean heating, which means using renewables, gas, electricity or more efficient coal to combat air pollution.  150 million tons of bulk coal (including coal for low-efficiency small boilers) will be replaced. The average energy consumption of the heating system will be reduced to less than 15 kg of standard coal per square meter. To support this ambitious goal, municipalities are working on their own region to substitute coal with alternatives.

Shanghai offers an example of how local government provides a better data platform for improving residents’ behavior as well as energy management for both government and service providers. Some other provinces also released policy targeting at improving data disclosure and management yet exact measures need to be specified. As residents’ behavior plays an essential role, how to engage more people to participate and how to raise awareness of more people would be another focus in the coming years.