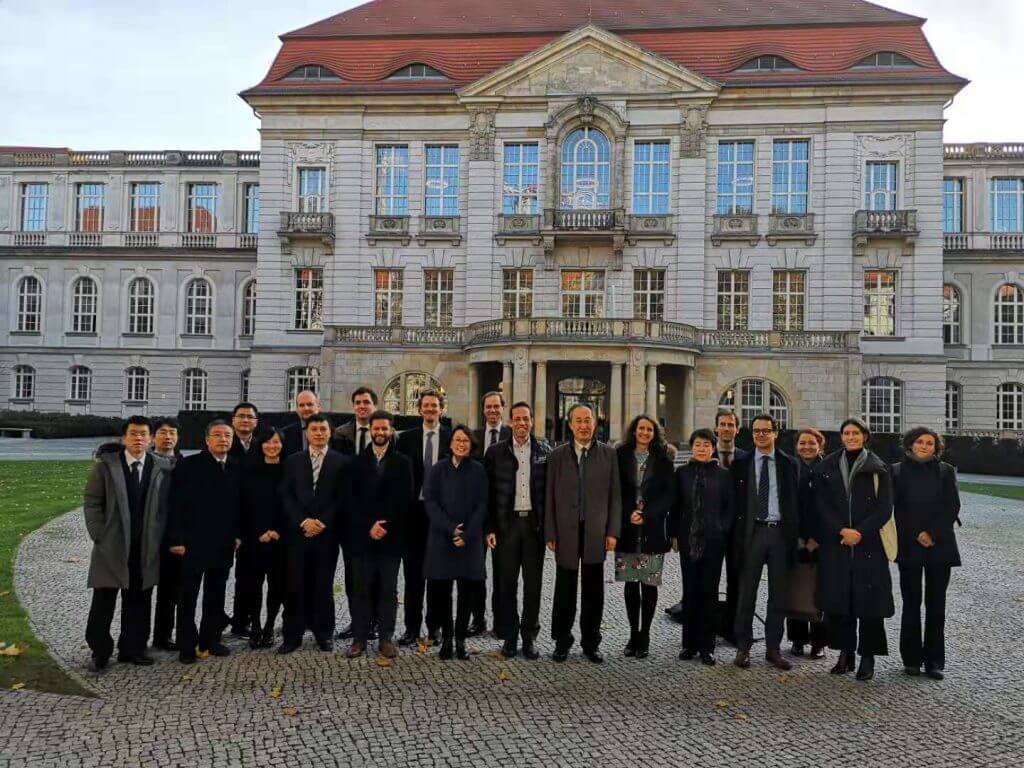 On 14 November 2019, representatives of the National Energy Administration of the P.R. China (NEA) and the German Federal Ministry for Economic Affairs and Energy (BMWi) met in Berlin for the eighth meeting of the Sino-German Working Group on Energy in the framework of the Sino-German Energy Partnership. The common goal: To review the Energy Partnership’s activities in 2019 and to agree upon new focal topics for the upcoming year. Mr. LI Ye, General Supervisor of NEA, and Mr. Thorsten HERDAN, Director-General at BMWi, led the Chinese and German delegation, respectively.

In his opening statement, Mr. Herdan updated the Chinese side on Germany’s most recent developments in the energy sector. He stressed that both China and Germany were united by the common goal to tackle climate change and implement the Paris Agreement. Hence, Germany had decided to phase-out coal until 2038. He stressed that this decision is especially challenging for mining regions, and that these regions required support in their economic transformation. Further, Mr. Herdan elaborated on the Federal Governments’ “Climate Cabinet” that had pushed, amongst others, for CO2 pricing in the building, heating and transport sectors and new (financial) support mechanisms for the energy transition, such as new incentive schemes for energy efficiency in buildings and e-mobility.

Equally, Mr. Li gave a brief account of China’s energy policies, summarized by the principle “four revolutions and one cooperation”, referring to reforming the demand (incl. energy efficiency) and supply side (energy generation), fostering technological innovation, revolutionizing the energy system and increasing market competition, and deepening international cooperation. Until the end of 2018, China had achieved to reduce its coal share in primary energy consumption to 59% (compared to 64% in 2015), despite the country’s ever-growing energy demand. At the same time, China boasts the world’s largest capacities for renewable energies with more than 700 GW installed in total. Further, Mr. Li emphasized China’s willingness to peak CO2 emissions until 2030, latest, as agreed in the Paris Agreement. Mr. Herdan and Mr. Li both stressed the importance attached to the bilateral cooperation between Germany and China in the energy sector.

For the Chinese delegation, the working group meeting marked the last day of a three-day visit to the greater Berlin area. Prior to the bilateral talks, NEA met German distribution grid operator Netze BW GmbH and Siemens AG to discuss current challenges of the energy transition as well as innovative solutions. Further, a field visit to lignite power plant “Schwarze Pumpe” in the coal-mining region Lusatia and talks with Ms. Christine Herntier, Mayor of the City of Spremberg, provided impressive insights into the coal phase-outs’ challenges from a local perspective.