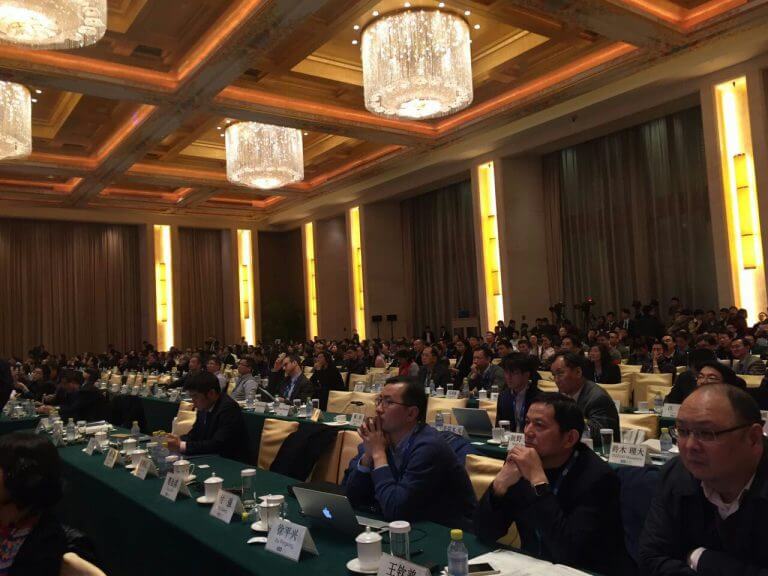 The 3rd Annual Conference of the China EV100 Forum was held from 14th – 15th January 2017 in Beijing. This year’s forum theme was “Upgrade Core Technology, Innovation Leads the Future”. Ministers from different government bodies, decision makers from local governments, think tanks, research institutes and relevant industries discussed the development strategies, policies and the future market development of EVs in China. The main discussion topics can be summarized as follows:

Market Development
China is the largest EV market in the world with a total fleet of around 1 Million NEVs and 517.000 produced in 2016 (+50% compared to 2015). Experts agree that the market preparation phase is finished and the accelerated irreversible uptake of E-Mobility will now begin. The goal in China is to bring 80 Million NEVs on the streets and with a NEV share of 40% in the new sales by 2030.

Technology Development
The Chinese government pursues the strategy to firstly promote Battery Electric Vehicles (BEV), in order to develop a competitive battery industry. This knowhow will facilitate the preparation of the Plug-in Hybrid Electric Vehicles (PHEV) market later on. Until now, despite there is rapid development in the field of battery technology, a lot of R&D efforts still have to be done.
The goals to increase the energy density of batteries in series production to 200Wh/kg (twice the 2015 level) and to lower the costs to 1 RMB/Wh until 2020 seem realistic from today’s perspective. In the long run, the energy density needs to rise up to 350Wh/kg and the costs need to sink to 0.6 RMB/Wh. In this area, Japanese and Korean companies are considered to still have substantial advantages. Lightweight materials and the powertrain system are other areas, where high-end international competitors are still ahead of the Chinese industry.

New Regulatory Frameworks
The new financial subsidy guidelines published by four ministries (MIIT, MoST, MoF and NDRC) (effective since 01.01.2017) will tighten technological requirements for NEVs, promote technology innovations and strengthen the competitiveness of the NEV sector. From 2020 the direct purchase subsidies will expire, and the future of the sales tax exemption is yet to be discussed, leading to the market phase out of uncompetitive manufacturers and surplus low-end producing capacities, whose survival depends on state subsidies.

Charging Infrastructure
Last year, more than 100.000 public charging points were built, resulting in an increase of more than 200% compared to 2015. Even though, the insufficient charging network remains an obstacle for a further market uptake of EVs. The Chinese government targets to further expand the charging network in residential areas and office buildings, improve the interoperability between charging stations, increase safety and technology standards and test new sustainable business models.

Vehicle Connectivity
Connecting cars with the internet and using artificial intelligence technologies open up new opportunities for increasing traffic safety and energy efficiency. Through coordinated planning of R&D and the development of an appropriate legal framework it will be possible to promote innovation in the field of NEVs and intelligent traffic systems in the future. The long-term cooperation between OEMs (e.g. SAIC) and internet companies (e.g. Alibaba) are showcases of the development in China’s future automotive market.

The Role of GIZ
GIZ is a member of the EV 100 International Advisory Board that has been established in 2014. Along with international OEMs and leading Think Tanks, GIZ discusses regulations, policy recommendations and topics for future collaboration.
In a closed door round table with MIIT Vice Minister, Xin Guobin, Sandra Retzer, Head of Transport, GIZ China, had the chance to represent the diverse projects of collaboration between China and Germany on the topic of electro-mobility.
As at this year’s conference all ministers emphasised the importance of climate change, Sandra Retzer briefly presented the German Climate Action Plan 2050, that sets a target for the transport sector for the first time. Furthermore, she called on the Chinese government to combine the transition in the transport sector with an ambitious energy revolution, as the Chinese call their energy transition.