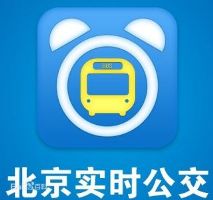 Many European cities have equipped their bus stations with 24-hour bus arrival schedules and real time information displays at bus stops and stations. These are highly valued by passengers as they provide reassurance on the time they will have to wait for their next bus through live fleet tracking. Beijing has not yet built up such systems and will not realize them in the near future.

Due to the lack of real time passenger information – many public transport users have to wait long to catch a bus. It goes without saying; this is a very unpleasant and inconvenient way of using buses. To avoid this and increase convenience of public transit, the Beijing Transport Information Center released the “Beijing Real-time Buses” app on November 14th 2013. The system is compatible with iOS and Android systems for smart phones. It (only in Chinese) provides real-time query service on bus arrival information which shows bus passengers the distance between them and the buses they are waiting for at any time. So far, this app provides real-time information on about 140 bus lines, more than 9400 bus stops and 4600 buses in Beijing.

How do you use the app?

After starting the app, you can choose and click on the target bus line. Afterwards you select the direction you are heading to and finally you choose the bus stop where you are wish to start your journey. Subsequently, the app will visually display how many bus stops are in between the selected bus stop (your starting point) and the current location of the bus. The app will further indicate the actual distance of the bus to your starting point and the expected time of arrival. In addition, it even shows the location of the buses on a map in the phone. See as showed in the screen shot:

According to transit user experience, the buffer time between the bus arrival time predicted by the app and the real one is normally within 1 minute, which is due to the current road traffic condition. The steadier and fluent the traffic flow, the less the buffer time from the predicted arrival time.  The average precision rate provided by 115 pilot bus lines reaches 85%. This can potentially have a huge impact on the door-to-door travel time of the public transit users and increase attractiveness of bus services.

“Beijing Real-time Buses” is provided with 4 main functions, which are:

– “Real-time query”, with which passengers can type in the  bus line, direction and bus stop to learn about the running status of the targeted bus;

– “Bus reminder”, which provides the most updated information on all of the bus lines currently running in Beijing;

– “Bus stop collection”, which can easily include all the bus lines and bus stops previously marked by user so that subsequent queries are more convenient ;

– “Bus transfer query”, the last function is similar to the route planning function on the map of a normal smart phone.

What do people say about the app?

As a new on-line released app, there are many discussions and comments from different user experience. “Beijing Real-time Bus” certainly still has a lot of space for improvement. But it certainly had a very good start. Mainly because this is the first time Beijing Transport Information Center makes its real-time bus information available to the public. Apart from improved convenience for bus users, the app is also very helpful for bus operators. With this app, the bus operators are able to find out the running interval of two bus lines in time, so that they could immediately adjust the bus scheduling accordingly. It provides more reliable data support for adding or subtracting buses to avoid as much as possible situation like passengers waiting too long for their bus arrival.

From a macro perspective, in the future the bus real-time information will be successfully integrated with taxi, highway, metro, long distance passenger transportation, rail transit etc. This integration with other transport modes provides the public with a convenient intermodal journey planning service that reduces travel time and increases convenience of mixed-mode passenger transport. Potentially it would also contribute a lot to traffic congestion mitigation.

Overall, the Beijing real-time bus app assists to build up and improves service delivery of public transportation and provides a tool to monitor and improve bus operational management.  This is an important step towards achieving urban smart transport in Beijing.