New Energy Buses in China: Overview on Policies and Impacts

Electro-mobility and New Energy Vehicles (NEV)[1] are important elements of the Chinese government’s strategy to promote climate-friendly and sustainable transport. In particular, the promotion of public transport and the adoption of New Energy Buses play a central role in realizing those ambitions. In recent years, China’s central government and local authorities have launched various support policies to push market development, foster advanced industry chains, create a skilled labor force and to achieve technological breakthroughs and efficiency gains in the field of New Energy Bus technology. Supportive policies include subsidies for purchasing and operating New Energy Buses, as well as tax reductions and other incentives for phasing out and decommissioning buses with conventional combustion engines.

By the end of 2019, more than 400,000 New Energy Buses were in operation in China. The share of New Energy Buses in the overall bus market increased from about 1% in 2013 to 55% in 2019. By the end of 2018, in the 10 air pollution control and prevention areas[2] Beijing, Tianjin and Hebei (Jing-Jin-Ji), Shanghai, Shanxi, Jiangsu, Zhejiang, Shandong, Guangdong and Hainan, the average share of New Energy Buses (excluding hybrid buses) in the total public bus vehicle fleet exceeded 50%, while in the 9 central provinces Fujian, Jiangxi, Hunan, Hubei, Henan, Anhui, Shanxi, Guangxi, and Qinghai province this share was 40% and in other provinces 30% respectively.

If you would like to know more about the policies and measures implemented by the Chinese government in order to promote electro-mobility and push the market uptake of New Energy Buses, you can find below the full report.

New Energy Buses in China: Overview on Policies and ImpactsDownload

The report is a product of the Sino-German Cooperation on Low Carbon Transport project which,implemented by GIZ, is part of the International Climate Initiative (IKI). Authors of the report are Li Lumiao and Yao Zhanhui of the China Automotive Technology and Reseach Center Co.,Ltd CATARC.

[1] In China, the term NEV refers to (plug-in) hybrid vehicles (including extended-range vehicles), battery-electric vehicles and fuel cell vehicles accord­ing to the Energy Conservation and NEV Industry Development Plan (2012-2020) issued by The State Council of the People’s Republic of China in 2012.

[2] In 2015, the Ministry of Finance together with the Ministry of Industry and Information Technology, and the Ministry of Transport issued the “Notice on Improving the Price Subsidy Policy for urban bus Oil Products to accelerate the Promotion and Adoption of NEV (2015)”, stating that key regions and provinces for air pollution control and prevention include Beijing, Shanghai and Tianjin, Hebei, Shanxi, Jiangsu, Zheji­ang, Shandong, Guangdong and Hainan. 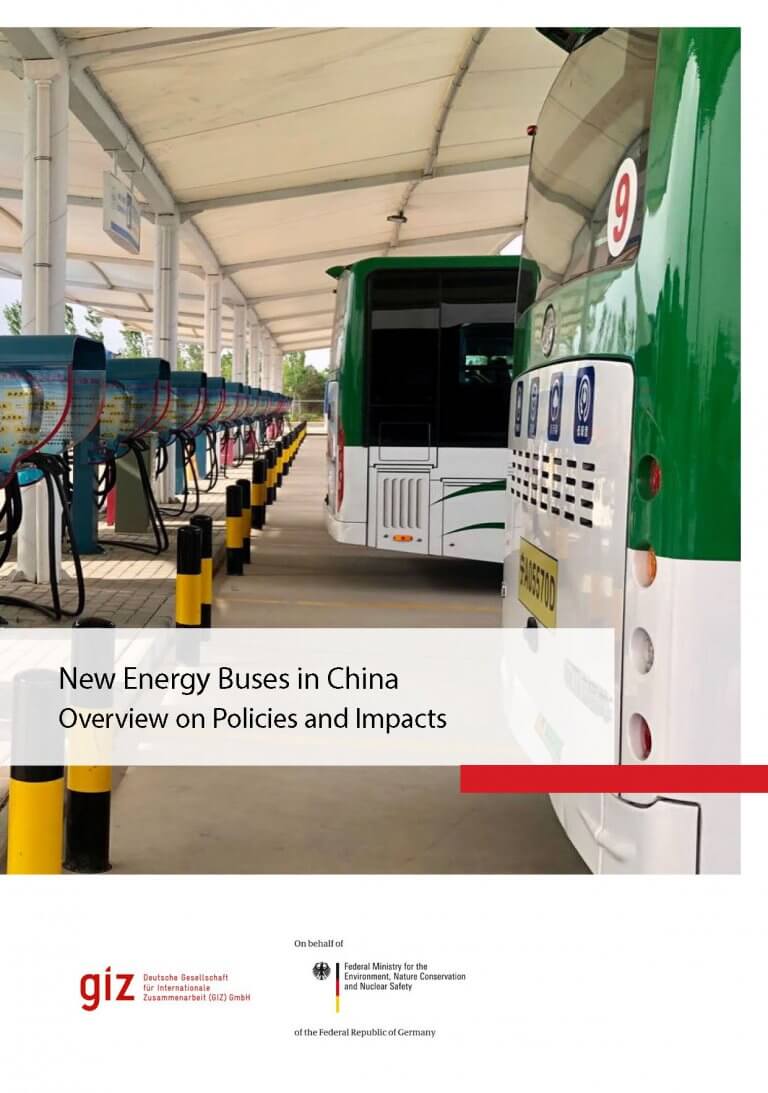