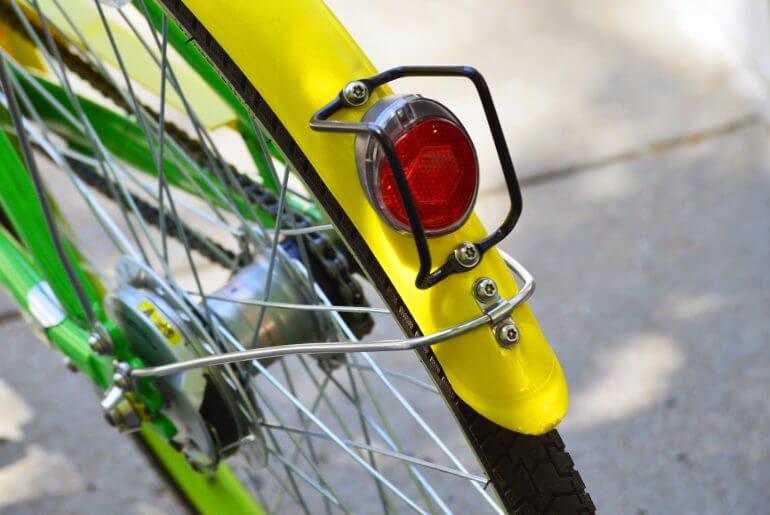 The Changing Face of Cycling in Germany: From Tradition to Shared Economy

200 years ago, German inventor Philipp Moritz Fischer built the world’s first bicycle. Today, Germans own almost 74 million bikes and cover a distance of altogether nearly 25 billion kilometers or 300 kilometers per inhabitant and per year. It is particularly the improved image of cycling that has driven more and more people to use their bicycle. With a broader variety of models and the introduction of innovative materials and technologies, bicycles have been converted into lifestyle products.

Even though statistics make it seem as if almost every German owns their own bike, bike-sharing has been playing an ever-increasing role in the cycling culture in Germany. Bike-sharing was first introduced in Munich around 2000 by NextBike and Call-a-Bike, a company of Deutsche Bahn. The service was co-financed by the city to promote eco-friendly and convenient urban transport. Little by little, more cities and providers entered the German market, including international suppliers, until a mix of free-floating and station-based services dotted German cities.

One of the most prominent market entries was Singapore-based oBike with a total of 8,000 bikes in Munich, Frankfurt, Hanover and Berlin. Also, USA-based bike sharer Limebike is currently positioning itself on the Berlin market with 1,000 bikes, including e-bikes. Another bike-sharing “heavyweight”, Chinese Mobike, operates 3,500 bikes in Berlin. Their Chinese competitor ofo entered the market with 2,000 to 3,000 bicycles, but finally decided to withdraw its two-wheelers, transferring them to other European countries, arguing its move was a strategic decision. Altogether, in April 2018, more than 18,000 bikes were available for sharing on Berlin’s streets. This is an increase of over 75 percent compared to not even a year before.

The business is not profitable as of now, yet competition is rife

However, as many market observers have stated, one important challenge of the bike-sharing model is the economic sustainability of businesses. In the early 2000s, the bike-sharing market in Germany was organized through tendering and supported with public money. Berlin for example, just like many other cities, chose Deutsche Bahn’s bike-sharing service Call-a-Bike to be its mobility partner. Yet, in 2016, Berlin commissioned another German operator, NextBike. Currently the city of Berlin supports NextBike with 1.5 million EUR per year. Despite losing the tender, Call-a-Bike continued to offer its 3,500 free-floating shared bikes in Berlin. This was possible because the administrative court ruled that the special permit required to operate bike-sharing services was only needed for fixed bike-sharing stations. With this ruling, the court opened the ground for a growing competition, particularly in the free-floating bike-sharing market.

However, without public financing, Call-a-Bike needed to find another way to pay for its bike fleet, as user fees of 1 EUR per 30 minutes were not enough to make profits. In order to overcome the cash-shortage, Call-a-Bike re-branded its shared bikes as “Lidl-Bikes”, after one of the biggest German grocery discounters. NextBike also partnered with the music streaming service Deezer and marketed its bikes as “DeezerBikes”.

The answer to the question of long-term profitability could be found in the data collected from each registered user. Many bike-sharers have developed systems that can record the exact movement profile of any bicycle customer. Linking credit card and smart phone data could theoretically allow these companies to access personalized data of each user, such as age, sex etc. This would allow for tracking peoples’ total activity, if further combined with other data (3,4,5,6). This technical potential could open up entirely new usage scenarios of bike-sharing data, such as user-tailored smartphone advertisements and many other lucrative and smart applications. This would not only be of interest from a business perspective, but also for urban planners and city managers (7,8). While potentially lucrative, the real economic potential of data collection is still to be determined, particularly with tightening data protection laws.

Thus, another approach to make bike-sharing a sustainable business is to frame the service as a part of a bigger multimodal mobility concept, such as Deutsche Bahn claims to offer by providing various integrated mobility services under the umbrella of one company, including car sharing, its broad portfolio of rail-related travel packages, car leasing and mobility consultancy.

Not only the commercial landscape is changing, mobility trends themselves could undergo a transformation towards cycling and bike-sharing, especially in cities. Besides being good for the environment, climate, personal health and fitness, many Germans simply love cycling for very practical reasons: It allows them to avoid congestion or the annoying search for parking space (which accounts for more than 20 percent of inner city traffic), making cycling a time-saving and convenient alternative to the car. Hence, the obvious benefits of bike-sharing are reduced congestion and improved air quality, but also increased accessibility of public transit by complementing public transport services: Commuters can use shared bikes to travel to the bus or train station, covering the last mile to and from work (9).

However, to make this work, a fleet of shared bicycles must be available at each station. This can be best ensured with a high number of bikes available at the most attractive hot spots. Smart pricing systems can help guide the supply, for example by introducing virtual “bonus zones” to attract users to leave or to pick up a bike at a specific location to better balance out demand and supply.

With its remarkable and rapid growth, bike-sharing currently reveals more than just its benefits. Probably the most often reported complaint deals with wrong parking of the abundant two-wheelers. Shared bikes repeatedly clog sidewalks and driveways or are disposed of in parks, becoming a nuisance to citizens and administrative authorities likewise. Most cities are overwhelmed by the fast-growing bike-sharing phenomenon, without being properly prepared in their function as local authorities to deal with the infrastructural requirements and the consequences the new service entails with regard to the use of public space.

In many cases, the reason for negative publicity was also the lack of transparency and collaboration between the service providers and the city administrators. In reaction to the problem, some cities developed catalogues with recommendations where the bicycles should be parked in order to not endanger or hinder others. However, effectively tackling the challenges and problems resulting from bike-sharing requires a more integrated approach.

A recent study of the German think-tank Agora Verkehrswende on recommendations for city authorities how to deal with dockless bike-sharing, argued that bike-sharing can only unfold its benefits if it is adequately considered as an integral part of an overall sustainable urban mobility strategy (10). However, it is essential that local authorities can provide a proper regulative framework, based on a sound evaluation of the advantages and disadvantages of the bike-sharing system.

Moreover, to integrate bike-sharing into an existing mobility system, basic principles should be accounted for, such as a close (and ideally officially signed) cooperation between service providers and municipal authorities, the definition of minimum standards for service quality, data protection and payment, as well as an agreement on if and how user data will be shared for city and mobility planning purposes. Therefore, while bike-sharing can have substantial benefits, it requires adaptations not only on the level of corporate and individual behavior, but also by public authorities in terms of enforcement.

As bike-sharing is taking place in public areas, the model needs to find acceptance by and work for pretty much each member of society, adapting to varying needs and preferences, in order to fully exploit its advantages. Hence, responding to and meeting safety concerns is another important aspect of effectively integrating shared as well as privately owned bike-use into the inter-modal mobility landscape.

In Germany, a large part of the agenda setting for cycling policy still takes place at the national level. With the National Cycling Plan (NCP) 2020, the Federal Ministry of Transport and Digital Infrastructure has initiated a broad social dialogue on new ways and implementation strategies to promote cycling. The plan not only promotes bike-friendly communities, but provides tangible assistance in further expanding and modernizing local cycling infrastructure through financing new bike paths along federal roads. It also sets out central guidelines for the promotion of cycling in the coming years, adapted to upcoming transport policy challenges (11). Thus, with bike-sharing, local authorities are likewise invited to play a greater role in setting the cycling agenda for the future of the so-called “environmental alliance”, encompassing public transport, cycling and walking as an integrated mobility concept.

The fairly sudden and unexpected growth in bike-sharing all over the world has legitimized the bicycle as the mode of choice for urban commuting. Biking and bike-sharing are on the transformative path to become an integral component of cities’ public transport systems. For many cities, this is an important step in rendering mobility more equitable and sustainable.

Therefore, bike-sharing, more than any other form of urban transport, can transform our cities as well as our mobility culture to become more environmentally balanced and more consistent with our climate protection efforts and objectives. With the growth of bike-sharing and the development of an adequate cycling infrastructure, cities and streets have the potential to once again become dynamic places for people, rather than cars. Regaining public space from motorization and making it available for the benefit of society could alter the perception of life quality regarding movement. It could also promote a new mobility culture with shared, public and slow-mode based services at its center.

While the issues of infrastructure, logistics capacity and safety pose an important challenge resulting from the rising cycling trend, they are good examples of how big data can become part of the solution. Making the collected data on spatial-temporal use patterns of bicycles open to city planners and public authorities can help develop integrated solutions from a more strategic perspective, with a focus on the common interests of society.

Hence, bike-sharing is much more than just promoting a global cycling movement. It has the potential to transform our societies into a global sharing community, where bikes are only a small part of a mobility-centered sharing-system that reflects the lifestyle of a connected society, in which data is fundamental for smart integration of new sectors into comprehensive service platforms.