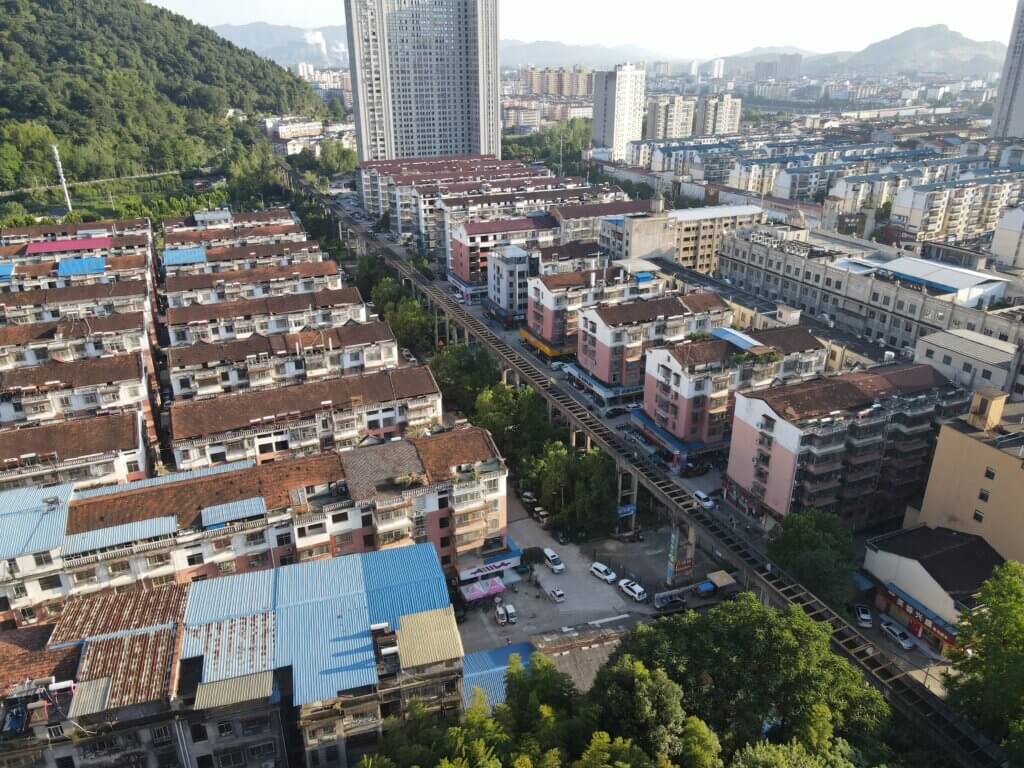 On behalf of the City Climate Finance Gap Fund (The Gap Fund), GIZ is currently implementing a technical assistance (TA) project to the city of Xianning on its early-stage development of a comprehensive transport infrastructure project concept. The project concept includes both climate change mitigation and adaptation components, such as waterway and greenway, public transport and cycling, water and wastewater infrastructure, and urban regeneration.

Sustainable and climate-friendly urbanization and transport are very high on China’s development agenda. While climate change imposes serious socio-economic and ecological costs to Chinese cities, gaps remain in the coverage of urban mobility services in both cities and rural areas. In addition, a lack of financing capacities as well as suitable and climate-oriented planning frameworks often hinder the exploitation of existing potentials as well as the people-centered orientation of urban and transport infrastructures.

The city of Xianning (咸宁), located in south of Wuhan, the capital of Hubei Province in central China, is known as the South Gateway of Hubei. The city has an administrative area of 9,750 sqkm and a population of about 2.6 million with 630,000 inhabitants in its urban area (2020 census). It has been positioned as the ‘backyard’ of Wuhan, as stated in the development strategy of Wuhan Metropolitan Region, a city cluster formed by eight smaller cities within a 100-kilometer radius of the core city. Improving transport infrastructure and mobility services within Xianning and its neighboring counties is critical for its better urban-rural integration and connectivity and for improving its overall position within the Wuhan Metropolitan Region. The Gap Fund Xianning TA Project aims to support Xianning and its neighboring county-level city Chibi on their climate-friendly and sustainable development pathway.

The Hubei Province released the provincial low carbon action guideline in 2017. The guideline aims to promote public transport (PT) as a field of priority and reach a PT mode share of more than 30% for major cities, respectively. Within the 14th Five-Year Plan (2021-2025) period, the guideline is making a direct contribution to China’s 2030 emission peaking and 2060 carbon neutrality goals, which were submitted to the United Nations Framework Convention on Climate Change (UNFCCC) secretariate as updated Nationally Determined Contributions (NDCs) to the Paris Agreement in 2021. In line with national and provincial guidance, Xianning has set the strong will to transform its transport system into a green and climate-friendly mobility ecosystem as part of its overall low-carbon urban, urban-rural, and transport development plan.

Geographically, the centralized position of Xianning has ensured and increased its potential on economic development. Major rail lines connect the city to Wuhan (25 minutes travel time), Beijing (1,260 km, 6 hours travel time), Changsha, or Guangzhou. Several state highways and a large stretch of the Yangtze River enhance the city’s role in transport and shipping reflecting its importance for the development of the Wuhan Metropolitan Region, and Central China as whole.

A significant component of the TA project will be developed in Chibi (赤壁), a county-level city located south of Xianning Municipality Chibi is characterized by its surrounding moutains, water resources, and a unique history of the Three Kingdoms as well as tea culture. Together with the neighboring Xianning city, Chibi aims to strengthen its position as a garden city and center of sustainable living, tourism, recreation, health, and well-being in the backyard of the megacity of Wuhan.

Besides the potential, there are various challenges including the economic impacts of COVID-19, increasing talent outflow and the need to upgrade the local industry structure. In particular, the underdeveloped urban transport system in both Xianning and Chibi is hindering a positive socio-economic transformation.

Growing motorization is a key challenge. New car registrations increase rapidly, due to the impact of COVID-19 on people’s mobility behavior, and the general poor condition of local bus services and cycling and walking infrastructure. The increasing number of cars puts additional pressure on the urban transport system, leading to even higher levels of congestion, carbon emissions, air pollution and road accidents. The city of Xianning lacks adequate public transport and slow mobility infrastructure, and effective parking management – hindering the shift to sustainable mobility means and the foundation of people-centric urban development. Fundamental issues such as waterlogging on urban roads, and problematic public transport services, have made the situation even worse.

While all the infrastructure constructions are planned, there is a large gap in funding them — the shortage of construction funds is prominent. Of the estimated 33billion Chinese yuan of over thirty urban infrastructure investments needed in Xianning in the year of 2021, a substantial proportion of them are financed by multiple private sources[1], in comparison of only 9.4billion Chinese yuan of Municipal Public Budget Revenue available in the same year. (2021 census).

There is also a capacity and technical gap to develop a robust infrastructure project that can help build a zero emission and resilient city. While China’s carbon peaking and neutrality goals are in place, Xianning has not yet implemented detailed climate mitigation plans, nor preliminary actions on establishing greenhouse gas inventories, etc. The lack of the capacity and support may result in a failure of factoring climate change in early-stage project conceptualization, which leads to an opportunity lost in mobilizing climate investments.

To tackle these issues, the city’s authorities have targeted the efficient alignment of urban, transport and infrastructure planning and on tapping the potentials of such complete transformation for long-term mitigation and adaptation, and for bringing the city on the low carbon track. In the core of this process are the development of two packages of pipeline projects, in the urban areas of Xianning and Chibi (county-level) respectively, connected by the measures of integration of urban and rural public transport. Emerging project ideas have been discussed including options for reinforcing the urban bus network as the backbone of the transport system, the reallocation of road space to cyclists and pedestrians and the improvement of the urban cycling and walking infrastructure. Together with the transport measures, the city’s stormwater management and drainage system, water supply, wastewater management, sewage pipe network etc. shall be redeveloped to better adapt to climate change.

Aligned with the city’s low-carbon vision and transport transformation strategies, the TA project shall provide the City of Xianning with technical and capacity support in the early stages of building a high-quality and finance-ready infrastructure investment pipeline. To achieve this, the TA project aims at supporting the city in preparation of an early-stage urban infrastructure concept that has the potential to be picked up by a national or an international financing institution.

An inception mission to Xianning and Chibi was conducted from July 20 to 22, 2022, delegated by the Deutsch Gesellschaft für Internationale Zusammenarbeit (GIZ) GmbH with support from local planning institutes and national consulting firms. During the mission, the delegation paid visits to various potential project sites, including Ganhe River, Baiju West Street, Guanbuqiao Town in Xianning urban area, and Beiganqu Greenway, Lushui Lake in Chibi ancient city. The findings have laid quite a few potentials in further improving the city-wide greenway connection and developing low-carbon transportation modalities, in coordination with cultural heritage protection.

In a parallel step, by exploring and providing synergies with other ongoing projects implemented by GIZ in China, for example, on the promotion of Sustainable Urban Mobility Planning (SUMP), the TA project aims at preparing the local authorities, and other relevant stakeholders with knowledge and capacities on low-carbon planning, climate-resilient development, and respective project conceptualization.

The City Climate Finance Gap Fund (The Gap Fund) supports cities with early-stage technical assistance for low-carbon and climate-resilient urban development plans and projects since its worldwide operation in September 2020. The Gap Fund is a global partnership that helps cities in developing countries plan, prioritize and deliver projects focused on climate change mitigation and adaptation. It is implemented by the World Bank (WB) and European Investment Bank (EIB), in partnership with the GIZ.