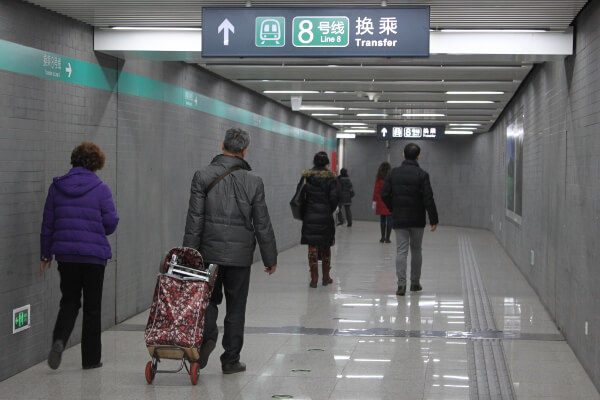 With the Chinese New Year festival starting tomorrow Beijing looks back on the year of the snake. In 2013 transport has been an important topic in Beijing. Citizens and policy makers discussed new ideas how to tackle transport-related problems since traffic congestion and air pollution remain prevailing issues. As 2013 started with hazardous smog for consecutive days, echoing in headlines across the world, special attention was given to measures handling the basic course. At the top, Beijing’s five-year Clean Air Action Plan (2013-2017) was unveiled in September 2013. Transport-related policies are a key element of the plan. Beijing’s authorities will continue their traffic restricting policies as well as advance the promotion of vehicle fuel efficiency and environmental performance. The plan states 84 specific tasks with more than 30 responsible bodies involved to clear up the city’s sky.

Transport-related measures that were discussed and implemented in Beijing in 2013 comprise a broad range of Transport Demand Management (TDM) strategies. TDM applies sustainable solutions which pave Beijing’s way to a more efficient transport network as well as a low-carbon city.

Public transport service improvements
Considering public transit improvements the expansion of Beijing’s broad public transport network is ongoing. A new subway line and three extensions were opened in 2013 increasing the total network length to 456 km. Five new subway extensions and connectors are still under construction. Subway service improvements also involve shortening time intervals between trains and limiting passenger flow during rush hour to relieve crowding. A total of 132km of new bus lanes will be added until 2017. A real-time bus information App reporting on arrival and estimated waiting times enhanced passengers’ convenience. Furthermore, a customized bus service was launched focusing on typical commuter routes and destination. Subscribers can book a seat on a 22-seater bus equipped with air conditioning and WiFi. So far about 4.000 people are registered out of which 60% are private car users.

Walking and cycling encouragement
Promoting walking and cycling as transport modes in Beijing still faces hurdles. Dedicated lanes are often occupied by other vehicles making walking and cycling uncomfortable and often unsafe. However, stricter regulations or enforcement was not discussed. Instead, a plan to build 1.000km of greenways connecting 200 parks, scenic spots and historical sites in the next five years was announced. Moreover, the current bicycle rental system will be expanded by doubling the amount of rental bikes to a total of 25,000 by 2013. Until 2015 the quantity will be increased to 50,000. However, the service is 100% dependent on government subsidies and the question how to achieve long-term financial sustainability was raised.

Congestion charging and traffic restrictions
Car driving in Beijing will be further restrained. The city’s authorities announced plans for the implementation of a congestion charging zone. The zone will either include the entire area of the 3rd or 2nd ring road or individual areas such as Beijing’s CBD. The price is not fixed yet but will be according to time of the day and level of congestion. Earliest implementation date is 2015. Other than that, the municipality implemented traffic restricting policies in accordance with the Clean Air Action Plan. The license plate lottery system introduced a new cap reducing the annual amount of new car registrations from 240,000 to 150,000 vehicles. The overall goal is to limit Beijing’s vehicle population to six million by 2017. In 2013 the total amount of registered vehicles already hit 5.44 million. A new record low was reached in April 2013 when only one out of 80 applicants had been successful getting a license. The new system is also designed to favour long-term applicants, by doubling their chances after two unsuccessful application years. The reviewed lottery now also includes new energy vehicles (NEV) by introducing a quota of 20,000 NEVs for 2014. NEVs applicants will get a license plate as long as the quota is not fully tapped. Afterwards a separate lottery pool for NEV applicants is planned. Furthermore, authorities implemented stricter rules for out-of-town vehicles. The 6-month traffic permit not issued anymore. Consequently, the short-term permit only valid for one week lasts as only possibility for these vehicles to enter Beijing. The restricted driving zone for outside vehicles without a traffic permit will be extended from 5th ring road to 6th ring road.

Corporate mobility management and city planning
Considering corporate mobility management programmes no noticeable progress was achieved. Flexible working hour concepts exist but are not further promoted by authorities in 2013. Bejing’s subway operator introduced a Delay Notification available for download which commuters can hand over to their employers in case of being late due to subway disruptions. Similar, smart growth land use policies are only discussed on a superior level. A Nation Urbanization Plan is announced for 2014 to improve land-use efficiency and planning. However, no details are known yet.

Outlook 2014 – What will happen in the year of the horse?
Considering 2014, TDM strategies will continue to be an important part of the public discussion and related policy developments. The execution of a driving ban for either vehicles with odd or even license plate numbers on consecutive days with hazardous air pollution will gain high attention and needs to be evaluated according to its success. Furthermore, detailed information about Beijing’s congestion charging zone is awaited with high interest. In contrast, subway expansion is continuing and 19 lines will be in operation by 2015. This will hopefully relieve crowding as well as enable and encourage commuters to switch modes. However, speculation on public transport fare hike has been initiated to tackle rising costs of public transport subsidies. In how far this will affect commuters and their transport choice is questionable. Yet, it may encourage a debate about flexible ticketing to support fare and efficient public transport pricing in Beijing.

In general, the speed of urbanization and, consequently, a growing vehicle population will also be dominating issues in 2014. Estimations indicate an annual population growth of 500,000 people adding to the current total of 21 million inhabitants. Congestion will remain a problem and record levels of pollution will continue blocking out the sun in the year of the horse. Therefore, Beijing has to take a harder line on transport modes contributing to these problems. Finally, authorities have to take on the formidable challenge of raising public awareness for greener transport and travel behaviour in Beijing.

The above summary on Beijing’s transport system is based on the weekly Transport and Climate Change in China newsletters by Young Crane Consulting (YCC).