Comparing Sustainable Infrastructure Standards: Comparative study between the IFC Performance Standards, the Equator Principles and the Green, Resilient, Inclusive, and Sustainable Indicators (GRIS) of the ADB, and the SuRe® Standard 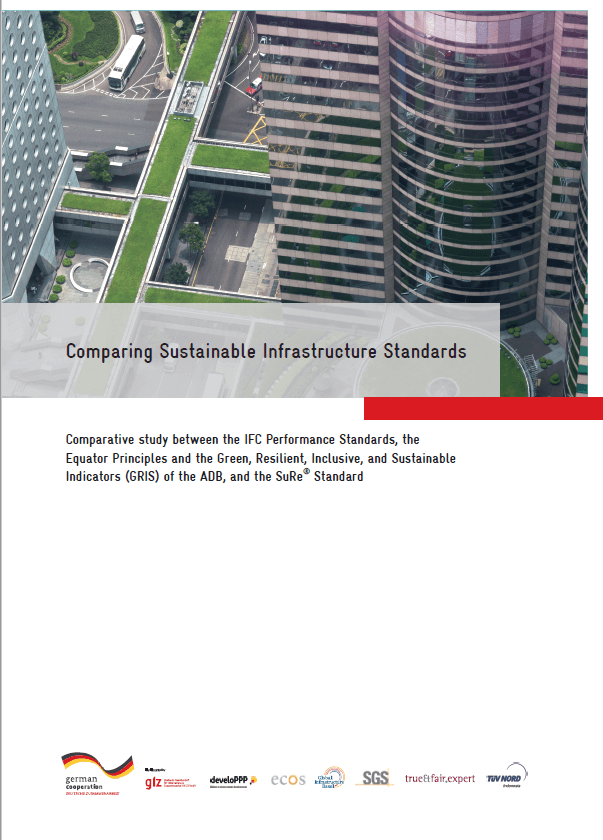 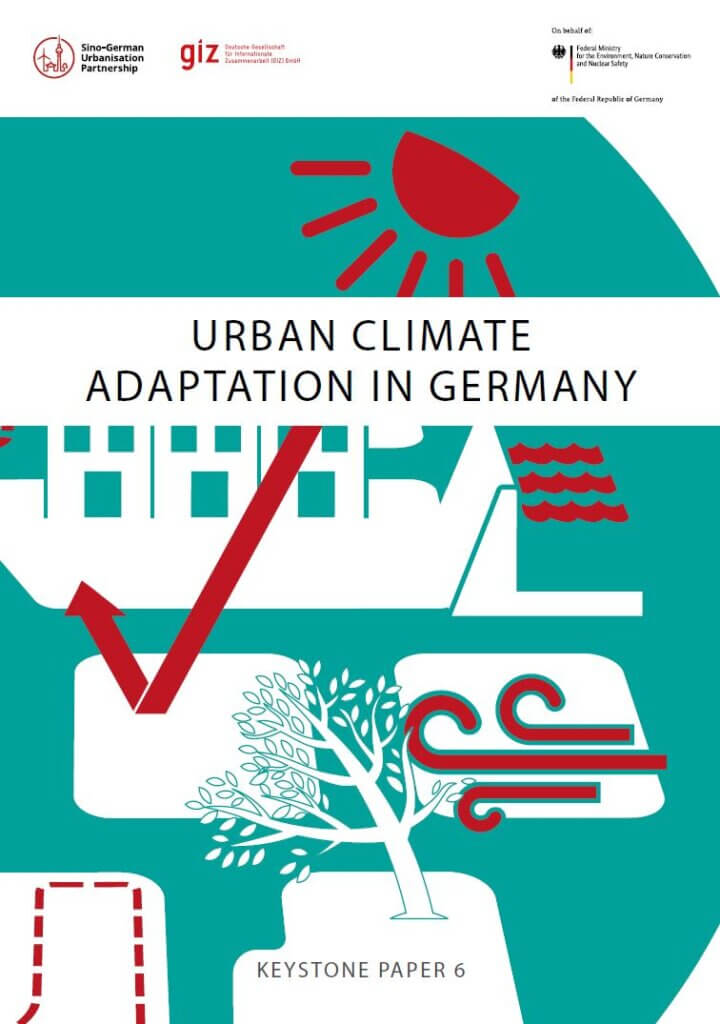 Cities and towns have a significant role in mitigation of global carbon
emissions, while at the same time, they are particularly at risk
of the effects of a changing climate. Already today, climate change
and its impacts are affecting Germany’s urban areas, and they are
increasingly recognised as a global and local challenge not only by
politics, but also the German public. Increasing occurrence of hot
and dry summers, or heavy precipitation events are affecting human
health, the environment and biodiversity, forestry and agriculture,
as well as public and private infrastructure. The increased frequency
in the past years has also been raising public awareness. While cities
and towns have large potential to minimise their carbon footprint,
they also require targeted measures and urgent action to enhance
their resilience towards the impacts of climate change. In order to
identify potential vulnerabilities and identify measures according
their urgency for action, climate risk assessments are a tool to define
immediate priorities.1 Overall, climate change is not only affecting
the natural and built environment, but also human productivity
and thus economic activity in the country. Drought
periods are affecting farmers’ harvest, also increasing
their dependence on subsidies. Further, damages
inflicted by natural hazards on buildings and public
infrastructure have accounted for roughly 2.6 billion
Euro insurance cost in 2018. 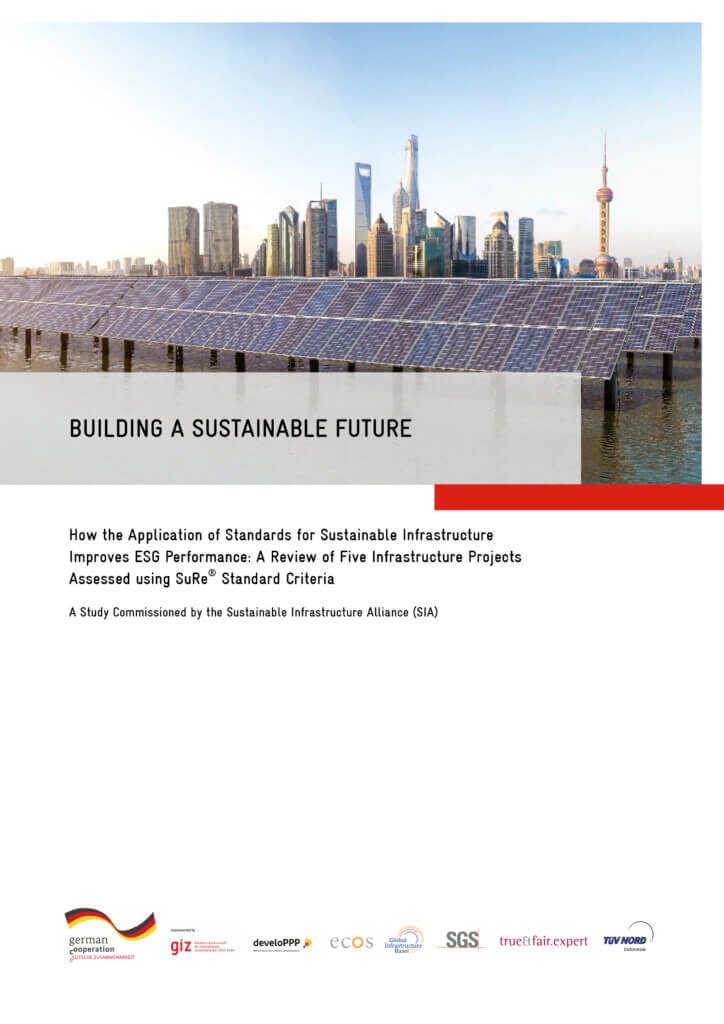 The goal of this Impact Report is to highlight to stakeholders (infrastructure financiers, infrastructure project developers, public procurers and donors) the tangible and replicable benefits that result from the adoption of sustainable infrastructure standards. ICLEI South Asia and ICLEI East Asia secretariats have partnered to jointly deliver this impact report. The large variety of projects, […] 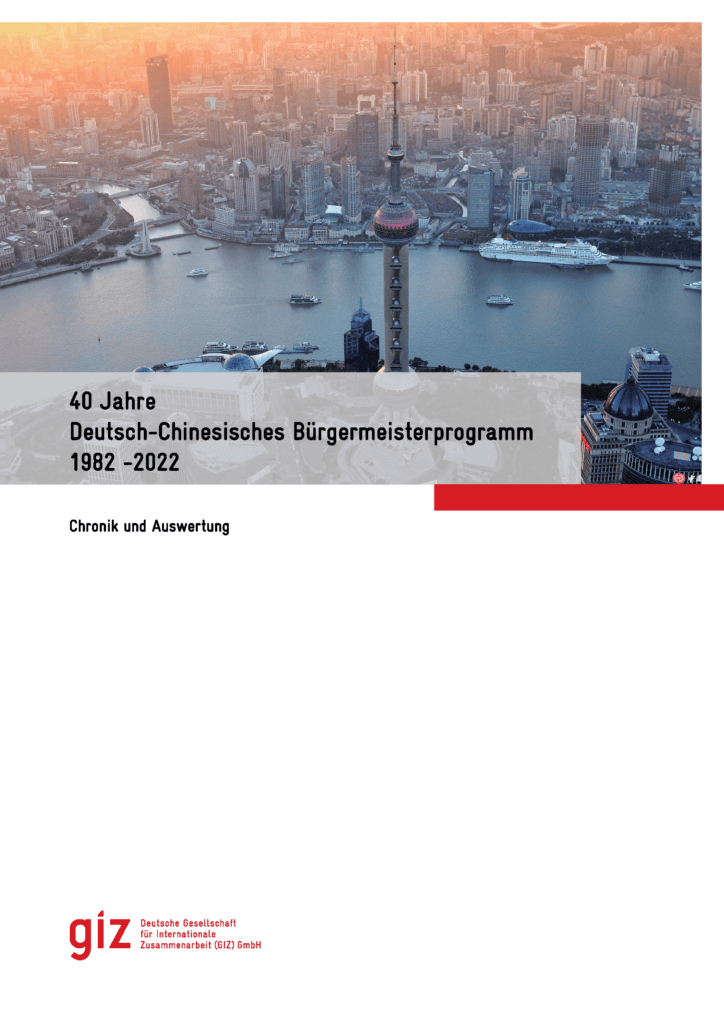 (Report on the Sino-German Mayors’ Program, in German) 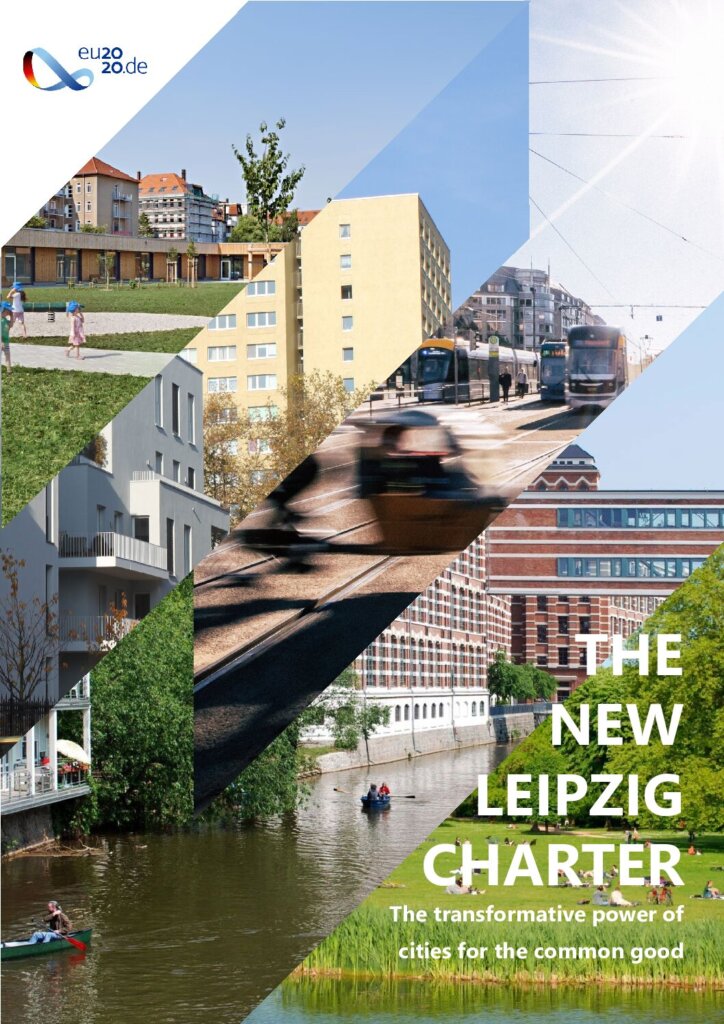 The New Leipzig Charter, signed on November 30, 2020, provides a key policy framework document for sustainable urban development in Europe. The Charter highlights that cities need to establish integrated and sustainable urban development strategies and ensure their implementation for the city as a whole, from its functional areas to its neighborhoods. The Chinese translation […] 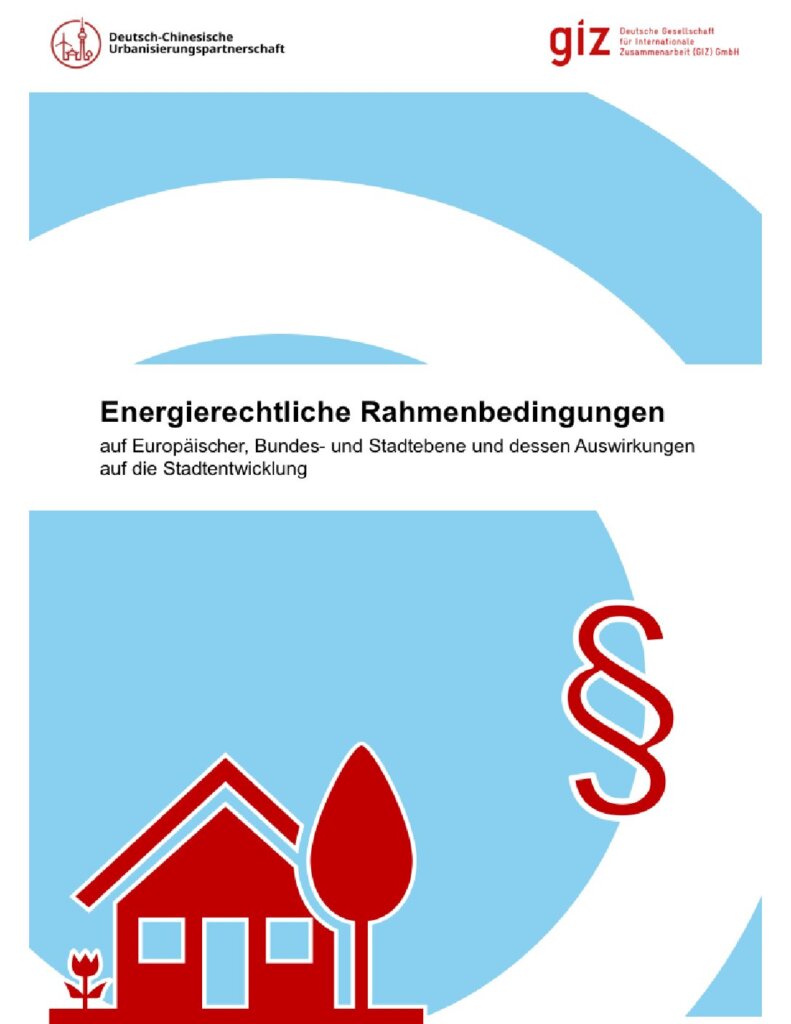 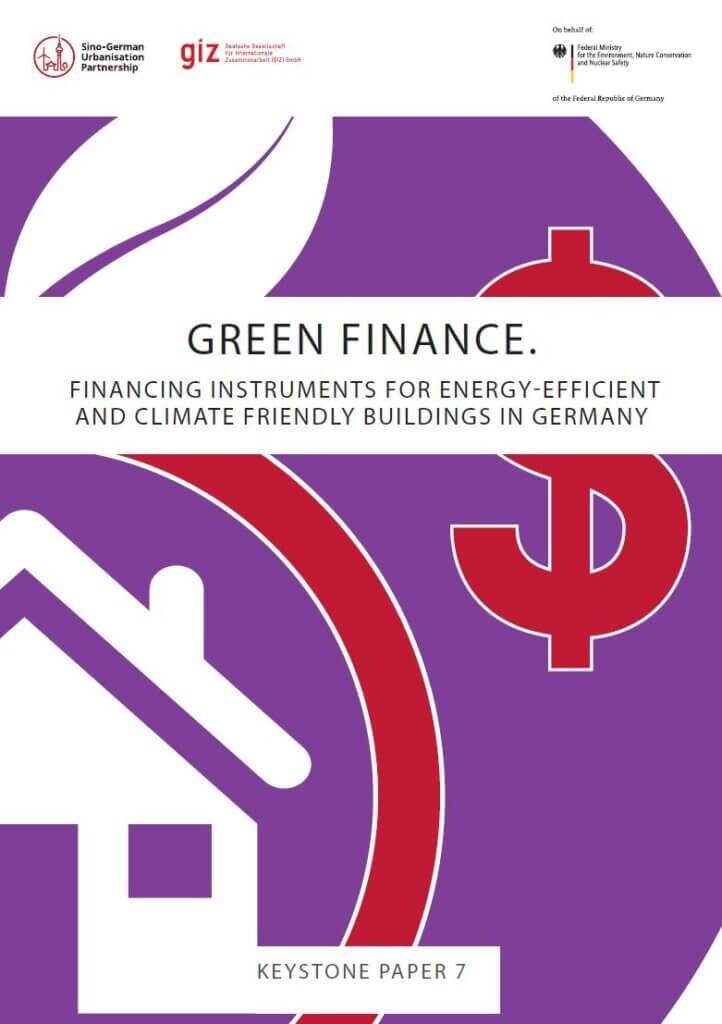 This document is part of ten Keystone Papers looking at current emerging topics in the building and city sector, focusing on energy efficiency and resilience. The Keystone Papers were developed within the framework of the Sino-German Urbanisation Partnership as a basis for its working topics. 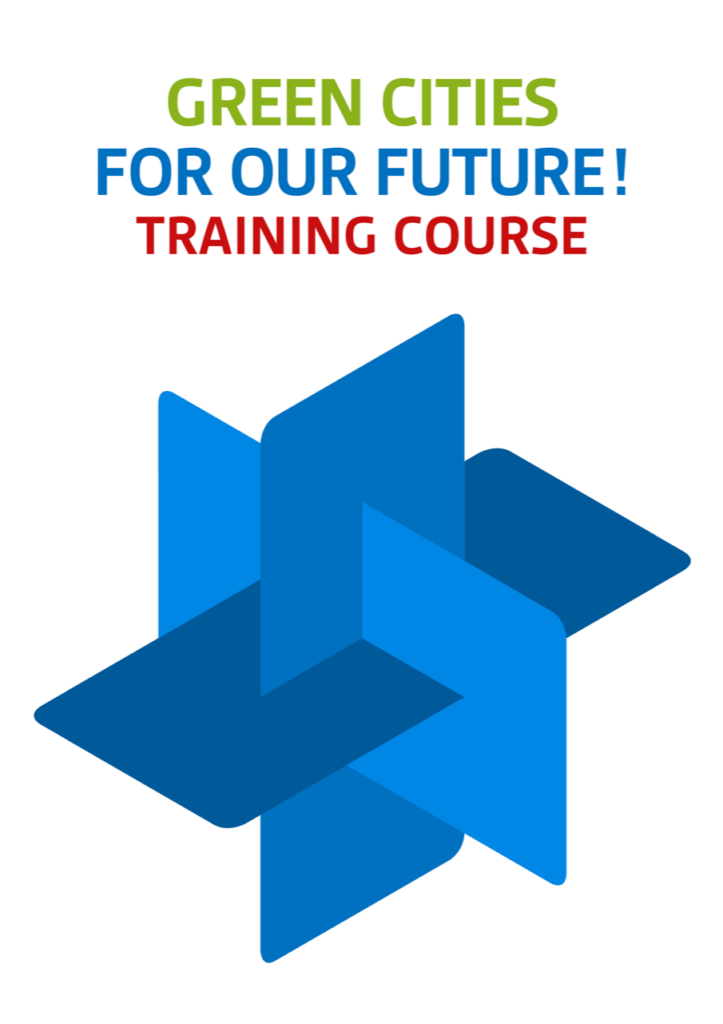 ‘Green Cities for our Future’ is a GIZ- video based training course on low-carbon and sustainable urban development in Germany. 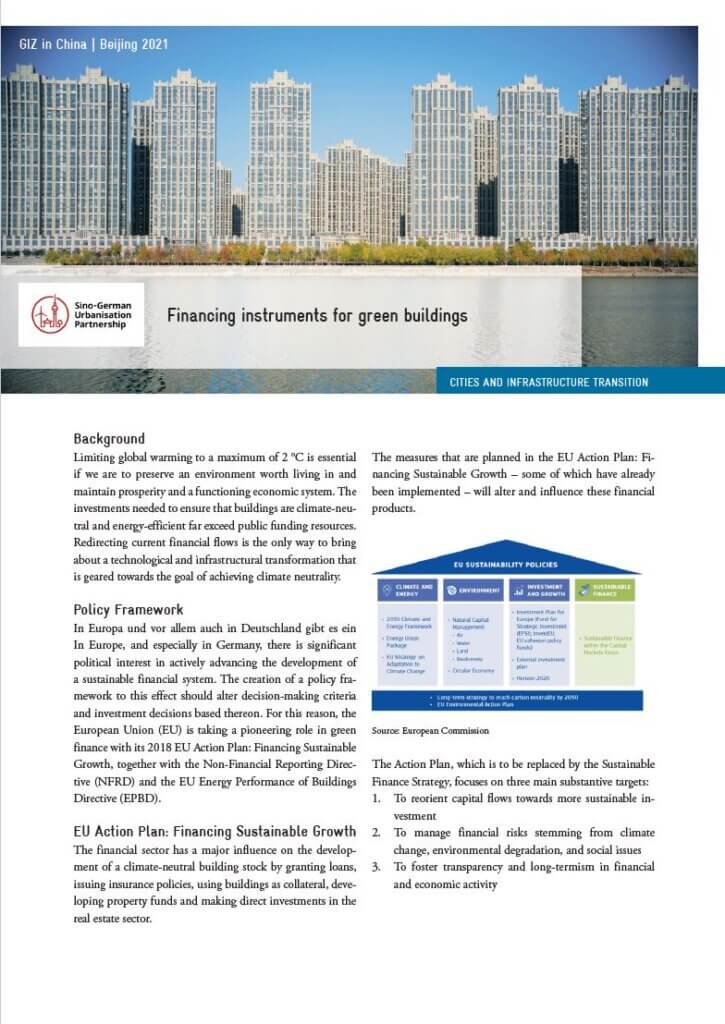 Limiting global warming to a maximum of 2 °C is essential if we are to preserve an environment worth living in and maintain prosperity and a functioning economic system. The investments needed to ensure that buildings are climate-neutral and energy-efficient far exceed public funding resources. Redirecting current financial flows is the only way to bring […]