Beijing (2021/04/13): On April 13th, representatives from the Ministry of Ecology and Environment of the People’s Republic of China (MEE), the German Federal Ministry for the Environment, Nature Conservation and Nuclear Safety (BMU), the Department of Ecology and Environment of Guangdong Province, as well as various international and domestic technical implementation agencies jointly kicked off the China component of the project “Nationally Determined Contributions – Transport Initiative for Asia (NDC-TIA)”.

The NDC-TIA project is implemented in China, India, and Vietnam, whose transport sector emissions are expected to significantly increase over the next decades. The project aims at promoting a comprehensive approach on decarbonizing the transport sector in Asian countries, by supporting the country partners in facilitating stakeholder dialogues and knowledge exchange, and in developing strategies to effectively mitigate both greenhouse gas (GHG) and air pollutant emissions in order to contribute to the enhancement of Nationally Determined Contributions (NDCs).

The China component of the NDC-TIA aims at supporting Chinese partners on both national and provincial level on technical research and capacity building aspects needed for the development of -mid- and long-term emission reduction strategies and major emission reduction policies. With the strategic guidance from the MEE, the China component will be jointly implemented by the World Resources Institute (WRI), the International Council on Clean Transportation (ICCT), Deutsche Gesellschaft für Internationale Zusammenarbeit (GIZ) GmbH, and Agora Verkehrswende, in close collaboration with the Department of Ecology and Environment of Guangdong Province, and Chinese domestic research agencies including the Vehicle Emission Control Center (VECC) and the National Center for Climate Change Strategy and International Cooperation (NCSC) of MEE.

Why decarbonizing transport and why now?

Globally, climate change is progressing and accelerating and increasingly impacting the ecosystems and the livelihood of people. In order to reach the goals of the Paris Agreement to limit global warming to 1.5 degrees Celsius, compared to pre-industrial levels, ambitious and coordinated measures need to be implemented. This is in particular true when it comes to the transport sector.

The decarbonization of the transport sector is important for China’s goals of achieving CO2 emission peaking before 2030 and carbon neutrality by 2060, which were announced by Chinese president Xi Jinping during the General Debate of the 75th session of the UN General Assembly on 22 September 2020 and the Climate Ambition Summit on 12 December 2020. According to China’s official CO2 emission inventory, the transport sector accounted for 9% of the country’s energy-related CO2emissions in 2014, the third largest source after the power, industrial and building sectors. According to many developed countries’ experiences, the transport sector will account for an increasing share of CO2 emissions as motorization and both passenger and freight transport volumes continue to grow. In EU-28, the transport sector accounted for 27% of total GHG emissions in 2017. Unlike the power and industrial sectors, decoupling transport-related GHG emissions from economic growth is very challenging: since 2014, EU 27’s transport-related GHG emissions have even rebounded and have not followed the EU’s general decreasing emissions trend. According to the European Energy Agency (EEA), transport emissions in 2030 will remain above 1990 levels, even with measures currently planned in Member States.

The transport sector is also a major contributor to air pollution in China. The mobile sources contribute to about 20~50% of local PM2.5 emissions in Chinese cities (e.g. Shenzhen 52%, Beijing 45%, Guangzhou 22%) and in some cities even are the major emission source. Nationwide, the mobile sources also contribute to 60% of the NOx emissions and 23% of Volatile Organic Compound (VOC) emissions.

To combat air pollution, China has launched the Three-year Action Plan to Win the Blue Sky Defence War, and took measures like introducing China VI emission standard, promoting the adoption of new energy vehicles[1] (NEVs), improving fuel quality, and facilitating the mode shift from roadways to railways and waterways. Although China has made leapfrogs in curbing transport-related air pollution, it still lacks strategies, statistical systems, and policies to effectively decarbonize the transport sector.

As China moves ahead with the low carbon transition in the power and industrial sectors, it is also important to gear more attention to the transport sector and to have in place strategies and roadmaps which guide the green and low carbon transport development towards high quality 2030 CO2 emission peaking and 2060 carbon neutrality. This is in particular true as the construction of new transport infrastructure, future fleet composition, and travel behaviors can be locked into a high- emission and polluting path otherwise.

The China component of the NDC-TIA project underscores efforts from both the national and the provincial levels, which are essential for the country to attain the coordinated management of CO2 emissions and air pollutants in an effective and efficient way.

On the national level, the project will support the development of policies with the largest decarbonization potentials to fast-track China’s transport sector decarbonization including:

Guangdong – A pilot province in vehicle electrification and decarbonisation efforts

The national ambition to achieve the set climate protection targets cannot be realized without respective actions on provincial and local level. Driven by the rapid transformation of its economic structure and power mix, the South Chinese Guangdong Province will play a prominent role in contributing to China’s NDC enhancement by peaking GHG emissions well before 2030 and in creating a national example by limiting the air pollutant concentration within the WHO’s guided level–annual mean of PM2. 5 smaller than 10 μg/m3.

Based on China’s national energy statistical data, the sheer volume of energy-related CO2 emissions in Guangdong was 64,200Mt CO2, ranking the fourth among all the provinces in 2018 (see Figure 2). Nonetheless, the Guangdong province is well poised to take a lead in emission mitigation, mainly related to the following three key factors:

Guangdong is the first province in China, whose annual concentrations of six criteria air pollutants (CO, ground level ozone, PM2.5, PM10, NOx, and SOx) have  achieved the National Ambient Air Quality Standard for four consecutive years between 2015 and 2019. It “graduated” from the three key regions in China — Beijing-Tianjin-Hebei (Jing-Jin-Ji), the Yangtze River Delta Region, and the Pearl Delta River Region — for air pollution management. In the first half year of 2020, the PM2.5 concentration of the Pearl Delta River Region was 20 µg/m³, half of Beijing’s 43 µg/m³.

On the one hand, after economic sector shift and urbanization plateaued, the transport sector will become the major contributor of the energy-related CO2 and air pollutant emissions in Guangdong province in the future. In the Guangdong province’ Greater Bay Area (GBA), transport-related CO2emissions account for 31% of the energy-related CO2 emissions (see Figure 3). On the other hand, the Guangdong province is likely to take the lead in the decarbonization of the transport sector in China, with Shenzhen leading both public bus and taxi vehicle electrification and many cities in the Pearl Delta Metropolitan Region having achieved nearly 100% bus electrification in 2020.

In the Guangdong province, the China component of the NDC-TIA project will work with local research partners to support the formulation of an integrated approach to decarbonize the transport sector. These measures will include but are not limited to accelerating the adoption of NEVs, shifting passenger and freight trips to low-carbon modes, promoting sustainable new mobility, increasing the passenger and freight vehicles’ utilization, and reducing the carbon intensity in transportation fuels.

Mr. Norbert Gorißen stated that the European and German climate targets for 2030 and 2050 and China’s ambitious 2030 and 2060 targets provide an excellent framework for placing climate protection efforts and measures under a common narrative. He further highlighted that in order to decarbonize transport and to tap the potentials of the transport transition for positive economic and social development, immediate, effective and sustained mitigation policies and measures need to be implemented. In particular China and the EU and Germany can learn a lot from each other when it comes to the decarbonization of transport and the respective development of medium- and long-term strategies.

Mr. Wu Xienfeng stated that the Chinese government has made commitment on carbon peaking and neutrality and is developing a 2030 carbon peaking roadmap. The transport sector will no doubt play an important role. He further wished that the China component of the NDC-TIA project will strengthen the collaboration between China and Germany on the development of transport decarbonization strategies and policies, also as a valuable experience for global dissemination.

The NDC Transport Initiative for Asia (NDC-TIA) is funded by the International Climate Initiative (IKI) of the German Federal Ministry for the Environment, Nature Conservation and Nuclear Safety (BMU).

This regional initiative aims at a holistic approach to decarbonize the transport sector in China, India, Vietnam, and further Asian countries. This includes, for example, the development of a coherent strategy for efficient policy approaches which is coordinated between various sector ministries, civil society and the private sector. 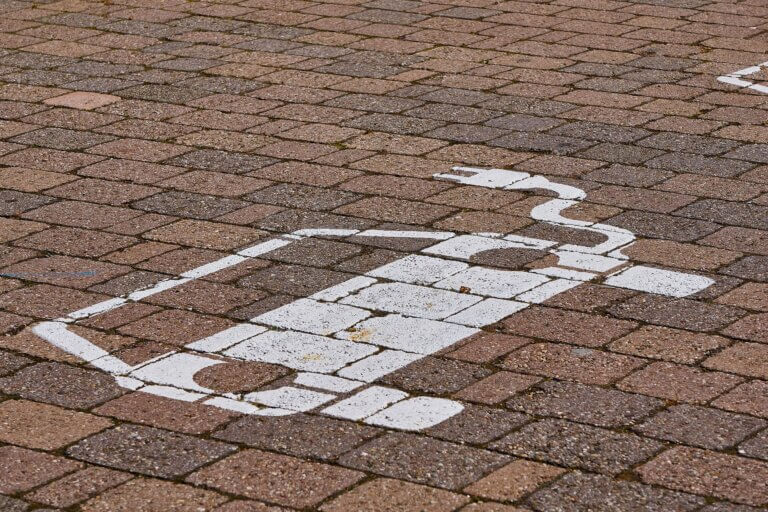