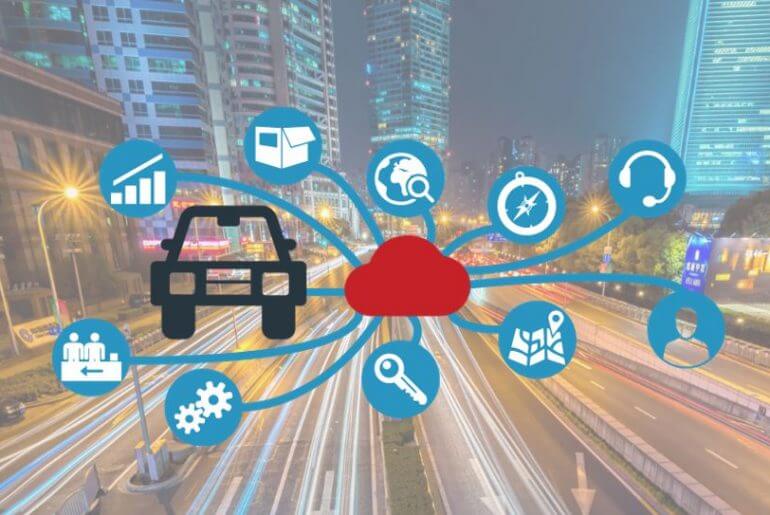 At the invitation of China EV100, one of the most influential think tanks in China’s automobile industry, the 2018 Global Intelligent Vehicle (GIV) Summit was held in Shenzhen from June 20th to June 21st. Over the course of two days, numerous high-level participants from government, the automotive industry and academia gathered in China’s technology hub to share and discuss their insights on the future of Intelligent and Connected Vehicles (ICV).

Overall, the participants projected a strong sense of confidence that China can not only keep up with the rest of the world, but in fact take the lead in the field of ICV in the coming years. This sentiment was underpinned through numbers presented by Mr. Xu Changming, Deputy Director General of the PRC State Information Center, a government think tank affiliated with the National Development and Reform Commission (NDRC). According to the estimates of the State Information Centre, ICV sales in China, the US and Europe are expected to reach 82 million by 2030 up from 63 million in 2017. Moreover, the type of ICVs being sold will change dramatically. In 2017, the majority of ICVs sold in China were so-called Level 1 ICVs, thus vehicles that provide driving assistance such as support with acceleration and breaking. By 2030, this type of vehicle will represent only a small minority, with Level 4 (high automation) and 5 (complete automation) vehicles playing a much more significant role.

In addition, Mr. Xu Changming introduced estimates for the sales volumes of Level 4 and 5 vehicles by region in 2030. According to these figures, the sales volume of L4 and L5 vehicles in China in 2030 will surpass that of the European Union (EU) and the United States. More precisely, in 2030, sales of ICVs with L4 and L5 automation in China will reach 33 million.

In the same vein, Mr. Wu Wei, Section Chief of the Department of Industry at NDRC, stated that the successful development of the ICV industry in conjunction with China’s efforts in the realm of electro-mobility constitute the best opportunity for China to catch up with its international counterparts in the automotive sphere. The most frequently cited strengths of China, which form the basis for this assessment, include:

In light of this strong potential of ICV in China, Professor Dan Sperling of the University of California, Davis (UC Davies) raised the question of how to best direct the innovations associated with ICV in the public interest. Professor Sperling advocated that government and industry must work towards solutions which focus on the sharing and pooling of automated vehicles. The opposing future usage scenario, the replacement of personal vehicles through ICVs, would merely lead to an increase in vehicle usage and thus not constitute a sustainable solution. Yet, while this message was politely acknowledged by Chinese participants, it did not feature at the center of further debate at the Summit. Rather, three buzzwords formed a common thread throughout the various panels, forums and workshops: integration, collaboration and safety.

Finding solutions to these challenges is a crucial step towards creating what panelists at the 2018 GIV Summit referred to as a “Hybrid Transport System” and thus ultimately towards an intelligent transport system of the future.

On this frontier, China is undertaking important steps as Mr. Veni Shone, President of the LTE Production Line at Huawei, has outlined during his presentation. For instance, smart highways are currently being set up in nine different Chinese provinces. Moreover, several Chinese cities have begun to undertake efforts towards the digitalization of roads.

In addition to the vivid discussion on integrative solutions, the need for collaboration was at the center of the debate at the 2018 GIV Summit. Mr. Wang Chanfu, CEO of the Chinese car manufacturer BYD, highlighted that this must not only include the cross-industry discourse, but also the exchange with governments and dialogue at an international level. The collaboration between all these actors is pivotal if ICVs are to become a successful reality in China in the coming years.

Besides standardization, one frequently cited example for the need of cooperation is the issue of high precision maps. These maps are a necessity for automated driving as they enable precise positioning within lanes based on reference points on 3D models of the road environment. However, as pointed out by Yu Zhouping, Vice-President of Tongji University, “we cannot have different intelligent vehicles driving around with different mapping technology”. Instead, one unified map for all carmakers is desirable for both safety and efficiency reasons.

ICV development is linked to several promising benefits, including greater protection of the environment and gains in energy efficiency. At the 2018 GIV Summit, one further central potential benefit of ICV dominated the discussion: the reduction of traffic accidents and human casualties. The prominent position of safety on the agenda of the Summit once again illustrated the utmost importance of the topic to both Chinese manufacturers and the Chinese government. Especially in light of recent experiences made by American manufacturers, Chinese firms are determined to not be involved in any missteps, which could prove detrimental to ICV development. This became particularly apparent during a presentation delivered by Mr. Pan Hanzhong, Deputy Director of the Traffic Management Research Institute at the Ministry of Public Security, who noted that China is committed to ensuring that testing only takes place in a safe manner.

While most participants were highly optimistic regarding the potential safety benefits of ICVs and the timeline for market maturity, it also became evident that great challenges remain.  Especially the certification of ICVs proves to be highly demanding as testing is not, or only in a very limited scope, possible with humans. Instead, car manufacturers are at present focusing their efforts on virtual simulations to test their technology. However, as Jian Jinfang, Vice President for Chassis Control Systems at Bosch China, has highlighted, such simulations will never be able to replicate all possible road scenarios. Therefore, shifting the testing procedures from a controlled environment at closed facilities to the open roads constitutes the next vital step in the development of ICVs.

A glimpse into the future: The Greater Bay Area Intelligent Vehicle Eco-Partnership

As a first concrete step towards establishing integrative and collaborative solutions for ICV, the “Greater Bay Area Intelligent Vehicle Eco-Partnership” was launched during the 2018 GIV Summit. The platform, which was jointly established by China EV100 and the Shenzhen Municipal Government, aims to form an ecosystem for China’s ICV-industry and thus facilitate knowledge-sharing and promote the process of standardization and legislation. At present, its first 100 participants include major international companies such as Tesla and Bosch, as well as various firms from the fields of sensor technology, chip manufacturing, etc. Drawing on its longstanding efforts of supporting Sino-German policy dialogue on the transition towards an intelligent and sustainable transport system, GIZ in China is currently in the process of becoming an active member of the platform. Against the backdrop of the collaborative spirit surrounding the 2018 GIV Summit, further foreign companies and think tanks were warmly invited to participate in the future.